You are here: Home » Breast Cancer Survivor Portraits to Debut June 4 at Race for the Cure in Seattle 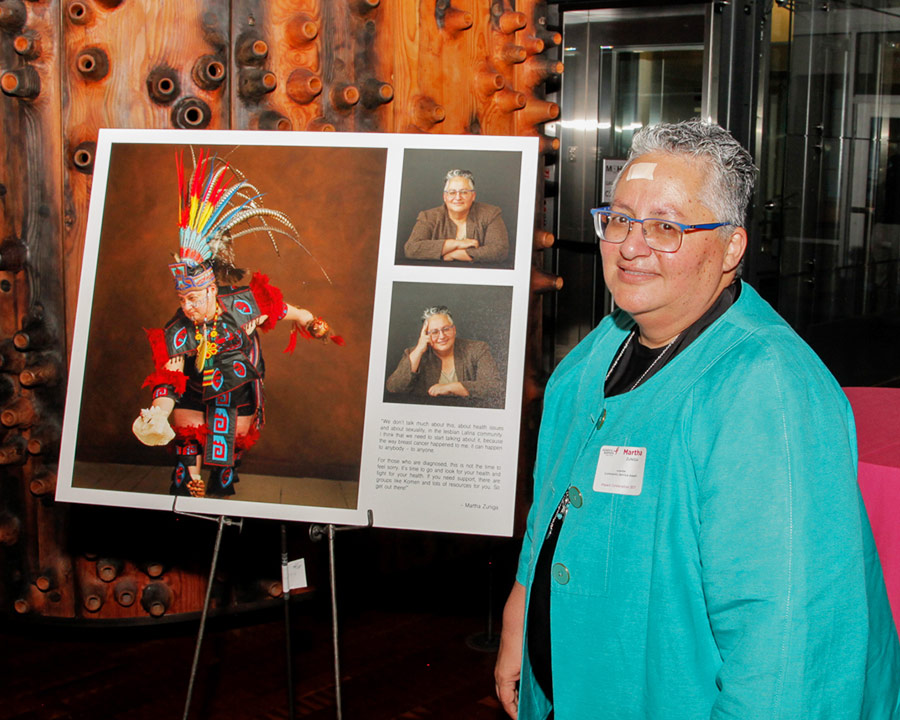 Michael Rosenberg Photography and Susan G. Komen Puget Sound have partnered with eleven local breast cancer survivors on a unique series of portraits, to debut in an exhibition at Race for the Cure at Seattle Center on Sunday, June 4.

The breast cancer survivors include Martha Zuniga, whose striking image in warrior costume is among those captured in a single session at Rosenberg’s studio in Seattle’s SODO neighborhood. Zuniga, who benefited from Komen Puget Sound programs, wants to draw attention to the importance of breast cancer prevention and screenings in every community. “We need to start talking about it, because the way breast cancer happened to me can happen to anybody,” Zuniga said. “This is something that can show up at any stage of your life. It doesn’t matter whether it’s someone who’s aware, like me, or if you don’t know anything about it.”

Photographer Michael Rosenberg proposed the series to Komen Puget Sound as a way to provide local breast cancer survivors a chance to celebrate themselves as they truly are, while communicating a message to others. “We wanted to do this knowing that survivors have gone through this incredible, intense experience, and then get to reassess where they are in their lives and, in some cases, start over,” said Rosenberg. “We also wanted to do it because we felt there’s a lot of misunderstanding about what it means to survive cancer and what that looks like on the other side.”

Through the series, the survivors express hope and joy, their fears, and their thoughts for loved ones as well as the newly diagnosed.

“It’s incredibly moving to see all these pictures and stories gathered together in one spot,” said David Richart, Komen Puget Sound Executive Director. “Michael’s idea of giving survivors this chance to portray themselves as beautiful, strong women is invigorating and exciting. Some of the photos are breathtaking; there really aren’t words.”

The portrait series will be displayed at Race for the Cure near the registration area at Fisher Pavilion. On Race day, June 4, thousands of runners and walkers converge at Seattle Center with the shared mission of ending breast cancer through community programs and research funded through Komen Puget Sound.

Events start at 8 a.m., when hundreds of pink-clad breast cancer survivors take part in the Survivor Parade. Following the parade are the 5K run and walk events, including a kids’ run and the Paws for the Cure dog walk.