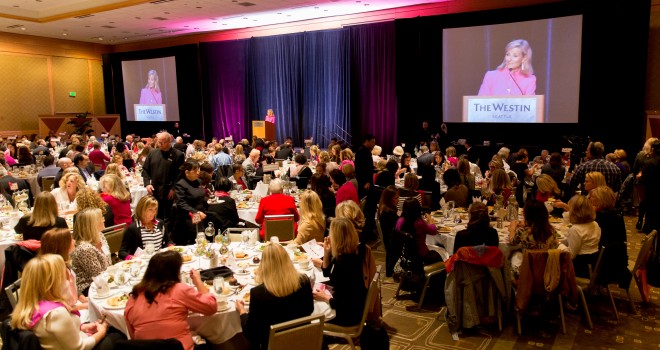 Komen Puget Sound’s 13th annual Power of a Promise luncheon raised more than $150,380 to further Komen Puget Sound’s promise to end breast cancer forever. More than 350 supporters attended the event at The Westin Seattle on Thursday, October 23; it was emceed by KING5’s Jean Enersen, who has served continuously in that role since the first Power of a Promise luncheon in 2002.

To view photos from the event, visit our Flickr photostream.