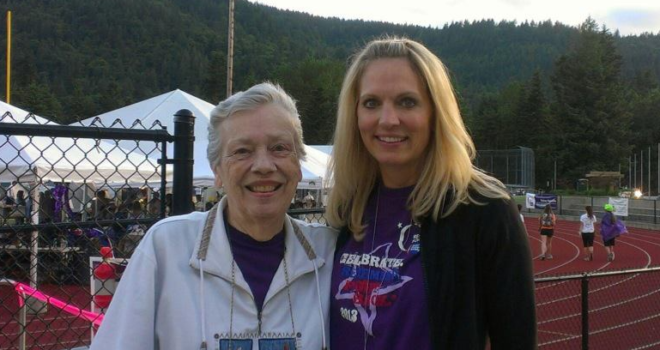 I had the opportunity to sit down with one of the Ford Models of Courage, Melissa Radermacher, recently and talk about her journey through stage 3 – ductal ER/PR+ breast cancer, her motivations, and her hopes for the future.

The first thing I noticed about Melissa was her firm handshake and ready smile, but quickly I noticed that a natural sort of light seemed to shine through her. That light intensifies when she speaks about her work with the Ford Models of Courage, the “Been There” bags program, and those she does this work for … and there are a lot of people on that list. 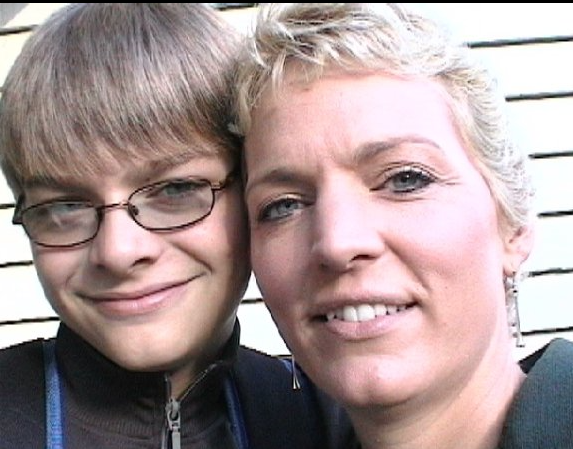 Topping the list is her mom, Bernita Howard, who she lost to breast cancer in 2015. Ironically, Bernita was diagnosed just two months after Melissa received her own diagnosis. She also lost her Grandmother, Marion Hill Robbins, as well as her great aunts, Virginia and Francis, and her best friend, Joanne Norberg Ballard, all to breast cancer. But she doesn’t just do this for them, she also does it for her son, Adam Winchester, who was only 10 when she was diagnosed.

As her journey through cancer began, transparency with Adam was a top priority. As a way to help his mom, a family friend encouraged Adam to find a rock, place it under her mattress, and whenever Melissa was out of bed remove and wash the rock to clean away the negativity it had absorbed before putting it back in the bed. It was something he felt he could do to help Mommy.

When Melissa’s treatment ended she had a renewal ceremony with close family and friends. She asked Adam to bring something he felt represented her. He brought a rather large, heart-shaped rock. “I saw a nice rock, not unlike any other rock and went to pick it up but it was partially underground. I dug and dug and eventually came up with this big rock. I thought this was a perfect symbol for my mom. Before cancer she was the small rock but after she battled cancer she became the big rock,” said Adam.

Melissa didn’t initially seek out the Ford Models of Courage opportunity, but by the time a friend sent her a link saying, “I saw this and thought of you…” she realized that she might have an opportunity to tell the stories of those who have gone on ahead.

Through her work as a Model of Courage Melissa has joined a “fraternity” of sorts. “It’s the club you never want to join but if you do, you are so thankful for your fellow members”, said Melissa. They are very close, not only working together, but also entering one another’s daily lives. It was this local group that dreamt up the “Been There” bags program. They were looking for a way to help newly diagnosed men and women so they decided to focus on creating a bag full of things they wish they’d have had when they were first diagnosed. Included are mints, tea, blanket, beanie, and much more. They explain why each item is in the bag and the bags are taken to several area hospitals for distribution.

Lots of things have changed for Melissa since cancer, she looks at the world with new eyes and celebrating her 15th year cancer free, she feels deeply how fortunate she is. “When you’ve taken your body as close to death as you can, all in the hopes of surviving, it changes you. I knew I needed to do something with my experience, something that would hopefully inspire and encourage others on their own journey through breast cancer,” said Melissa. If you would like to learn more about the Been There Bags program, you can send email to seattlemodelsofcourage@gmail.com. 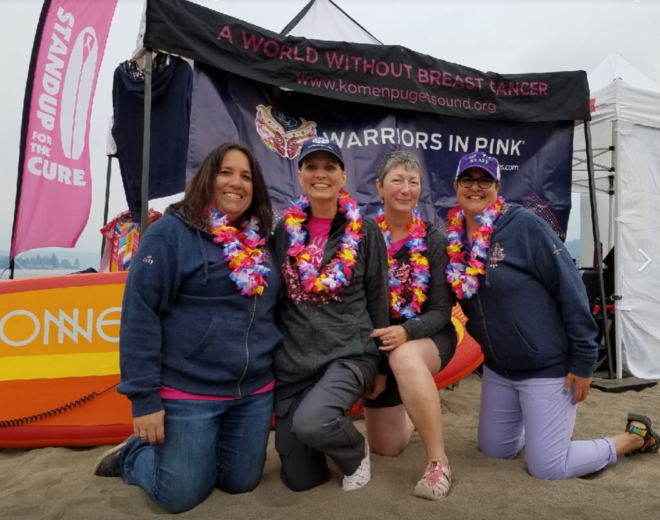