You are here: Home » Susan G. Komen Announces $26 Million Investment in New Research to Find Solutions for Aggressive and Metastatic Breast Cancers, and to Help Communities Most at Risk

Susan G. Komen Announces $26 Million Investment in New Research to Find Solutions for Aggressive and Metastatic Breast Cancers, and to Help Communities Most at Risk 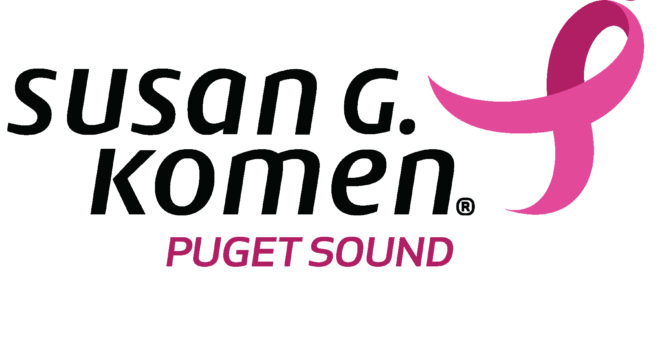 The grants include $1,250,000 in new funding for research at two institutions in Washington, bringing Komen’s total research investment in Washington to $12,860,950 since 1982.

“This year, Komen is investing in a number of areas that will help us achieve our bold goal and save lives. We are seeking answers to why our current drugs work for some patients, but not all, or why they work at first, but later become ineffective.” said Komen Chief Scientific Advisor, George Sledge, M.D., Chief of Oncology at Stanford University Department of Medicine. “We are also looking into aggressive forms of the disease like triple negative and inflammatory breast cancer, which tend to have poorer outcomes. By investigating novel techniques and therapies, we hope to bring new treatment options to patients.”

The newly announced grants will investigate critical areas in breast cancer research, including (but not limited to) projects focused on one or more of the following:

This year, Komen’s competitive grant program for young investigators was entirely focused on drug resistance and metastatic disease. “Komen continues its long-standing investment in the next generation of scientists, to ensure that brilliant researchers whose careers are just beginning have funding to pursue their novel ideas,” said Komen Chief Scientific Advisor, Jennifer Pietenpol, Ph.D., Executive Vice President for Research and Director of the Vanderbilt-Ingram Cancer Center at Vanderbilt University Medical Center. “We are proud that this investment includes opportunities for 23 innovative and inspired researchers to lead the way in making breast cancer discoveries that will improve care for all and help save lives.”

“More than 41,000 women and men will lose their lives to breast cancer this year alone. I lost my mother to the disease a few years back, and I myself have been treated for aggressive triple negative breast cancer. The idea that it could impact my daughters is unacceptable,” said Komen President and CEO Paula Schneider. “We all have a personal reason or passion that we support the fight against breast cancer, and we’re proud to invite people to support the work that means the most to them. It will take all of us working together to save lives and ultimately end this disease.”

“We are so thankful for the friends, family and neighbors that fight alongside us, helping to reduce the number of breast cancer deaths in Washington, both on the ground and through research,” said Komen Puget Sound Executive Director David Richart.

In Washington, Komen is granting to the following researchers:

Research has been a cornerstone of Komen’s work since opening its doors in 1982. Komen also works to inspire action through advocacy and public policy, to mobilize communities through support services and opportunities to make a local impact, and provide the care that patients need (including screening, diagnostics, treatment and navigation).